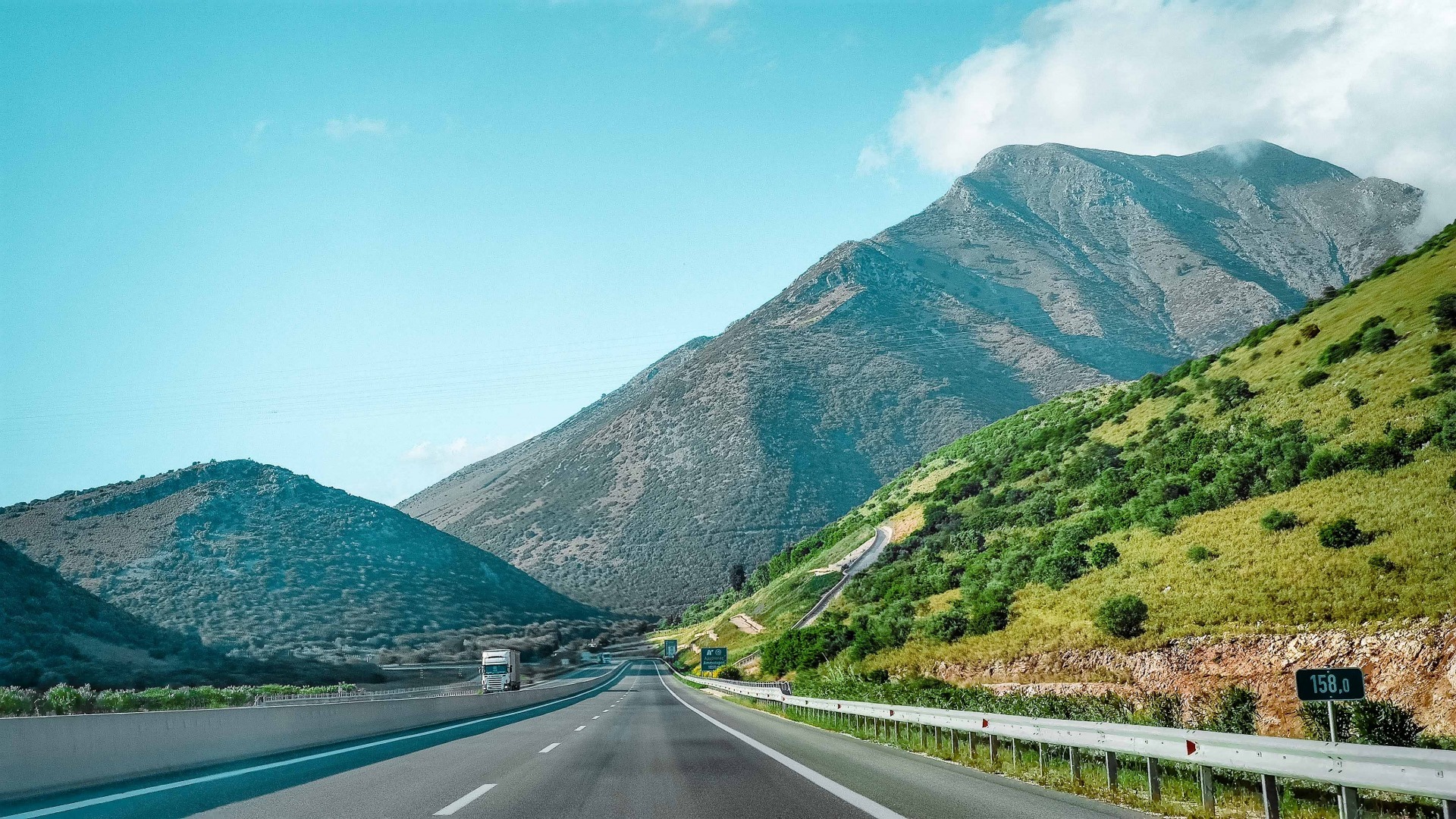 One of the first questions that an auto tourist or "newly minted" driver faces after signing a car rental agreement is about fuel. All rental companies usually provide the corresponding instructions. If this does not happen, you will need to learn what fuel to use for car refuelling as well as how to open a gas tank, which is not always easy to do in many modern cars.

Greece is an exemplary European country in terms of roads and infrastructure. Fuel stations are no different.

Like any other country, Greece has small national peculiarities.

There are many fuel filling stations in Greece, and the fuel quality is quite good. Counterfeit fuel is almost unheard of. It is all due to the country's well-established quality control system.

Almost everywhere on the road, there are kilometre signs to the nearest fuel stations, conveniently placed for drivers. Nonetheless, the distances between them are significantly bigger than the ones on regular highways. You should think about this and refuel your vehicle ahead of time. It is also worth noting that highway fuel is more expensive than off-highway fuel. The cheapest fuel is found in large cities such as Athens and Thessaloniki.

Due to complicated logistics, fuel is more expensive on the islands. The price difference can vary from 10% to 20%. In addition, there are fewer fuel stations on the islands. This issue is especially true in mountainous and remote areas.

It is prohibited in Greece to transport a full canister of fuel on the ferries.

The Greeks like to relax. That is why not all fuel stations in Greece operate at night. As a rule, non-round-trip gas stations close during the interval from 8 PM and 11 PM and open from 6 AM to 8 AM. Therefore, you should never leave less than a third of the tank of fuel as the nearest gas station may be closed at the time when you need it!

At night, some large or branded fuel stations switch to automatic mode, allowing customers to pay for fuel via terminals, most of which have a user menu that is at least in English.

The Greek fuel market is highly developed. It includes well-known global brands like BP and Shell, and Greek fuel station networks like EKO, ElinOil, Avin, RevOil, Aegean, etc. Aside from that, you may often see independent fuel stations marked as “AP.” They do not conclude long-term fuel supply contracts and can often change their suppliers.

In Greece, fuel prices are typically written with up to three characters after a comma, which is simply not written on some price tags and scoreboards. The cost of €1234, for example, should be read as €1.234.

If the compressor is operational, all fuel stations in Greece offer free wheel pumping.

Greece uses 95 and 100 unleaded petrol, leaded petrol, two types of diesel, and two types of gas. Most cars in Greece run on 95 petrol. It is the most widely used fuel. Fuel station operators often act like real merchants, trying to persuade their clients to purchase more expensive fuel. Nonetheless, there is no point or benefit to doing so.

Fuel is not cheap in Greece. The more fuel-efficient your vehicle is, the better.

In Greece, drivers use three types of petrol: unleaded 95 and 100 and leaded Super LRP.

The low-octane 92 gasoline is in short supply. It is also almost impossible to find 98 petrol in Greece. Its production was halted almost everywhere due to impracticality. The 100 petrol is also in short supply, but it is occasionally used to slightly increase engine power and reduce consumption during long crossings, which significantly increases the engine's workload.

Average petrol costs in the first quarter of 2021:

Most Greek gas stations stock at least one type of diesel engine for cars, which is labeled simply – Diesel (Diesel Κίνησης). At the same time, you can sometimes see fuel named Diesel Extra (Premium / Ultimate / Super, etc.). As a rule, it is a more expensive, high-quality, and purified fuel.

Diesel fuel for heating boilers is also frequently found at gas stations. It is called Diesel Θέρμανσης. It is completely unsuitable for refuelling a car.

It is extremely undesirable to use cheap fuel in diesel vehicles because it can cause engine damage.

Average diesel fuel costs in Greece in the first quarter of 2021:

In Greece, two types of fuel are used to refill the machine with gas: natural and liquefied gases.

The most widely used gas fuel is LPG (Liquefied petroleum gas). In Greece, it is marked as ”Auto gas.”

Methane is a natural gas that is used in automobiles and is marked as “Φυσικό αέριο” or “CHG.” Like cars themselves, methane refuelling is not popular in Greece, despite the fact that natural gas is considered the most environmentally friendly fuel compared to petrol, diesel, and LPG. These stations are mostly found in large cities on the east coast.

Average gas costs in Greece in the first quarter of 2021:

How to find a fuel station in Greece

The situation of need to refuel a car quickly in an unfamiliar city can put a strain on nerves. Heavy traffic, narrow streets, and traffic jams will cause problems in large cities, and distance and a lack of signs will cause problems on the highways. As a result, it is best to find a suitable gas station in Greece ahead of time using a map.

The most convenient way out is the use of the service and a mobile app named FuelGR.

The website https://fuelgr.gr/web/ provides a map where you can find the most convenient fuel station with relevant prices. The site is entirely in Greek, but it is simple to use and will not cause any problems. To find the necessary fuel, select the section “fuel type” (Τυπος Καυσίμου) in the settings (Section Ρυθμίσεις).

Following the same procedure, you can easily select the type of fuel in the app, which is much more convenient for the smartphone and is also translated into English.

Aside from that, you can find relevant information on the fuel stations on Google Maps and on the MapsMe app. To find a fuel station, simply enter a fuel station search, and to find a gas station, enter auto gas, LPG, or CNG.

How to fuel a car in Greece

When refuelling a full tank, you usually pour the fuel first, then pay for it.

Most gas stations have a dedicated employee who oversees the refuelling of vehicles. Sometimes, you do not even have to get out of the car – the gas station employee will come up to you, take your money, refuel your car, and bring your change. If you want to pay with a bank card, you will need to go to the cash register.

In Greece, most people refuel their cars for cash and for a set amount, for example, €20. As a result, you can simply give money to the gas station employee, and if no further instructions are given, he will pour fuel into that sum.

To avoid awkward situations when paying with a credit card, inform the gas station employee or cashier of the required amount of fuel first. You should also be aware that there may be issues with cashless payments at outlying fuel stations. As a result, it is recommended that you always have some cash with you.

Payment terminals and automatic complexes operate on a prepayment basis at night. If you refuel a full tank at a fuel station with a terminal at night and all of the fuel did not get in, you should contact the cashier of this same station in the morning, and he will refund the remaining money.

Dealing with Greek fuel stations is not difficult in general. Most of the time, if you have cash, you will not even have to get out of the car. The most important thing to remember is that if you want to enjoy your journey peacefully and confidently, you should not leave the car to refuel until the last minute!